Debating Society at Westminster International School is one of the fastest growing public speaking platforms of the region. In the past few years since its inception, the society has established itself to be a house of seasoned debaters. Our students have started to proudly represent us at National and International Debating Championships. We also take pride in being the only school of the region to offer a structed debate program catering to students at all academic levels.

In a short span of 2 years since its membership with the Debating Society of Pakistan (DSP), the school will be honored to host the DSP’s Inaugural Debating Championship 2022. The competition was hosted by the Aitchison College last year, and has arrived for the first time in Islamabad / Rawalpindi region.

It is one of the most successful societies at school and covers Inter-house & Inter School Debating Competitions, Public Speaking and Elocution, All Pakistan Senior and Junior Debating Championships, and Model United Nations Conferences (National & International).

Speech is to persuade, to convert, to compel.

Shahan Khan started his debating career from Westminster when he moved to the town for his A’levels in 2010. In a strongly flourished debating society of the school, which was home to national debating stars at the time, Shahan made his way up to the Westminster Debate Team. Joining Westminster as a shy young boy from Mansehra, he later gained the popularity to be the school’s Head Boy for the year 2011-2012. Shahan gives the credit of this success to the skills he learnt at the debating camp at school.

A graduate of Shifa College of Medicine, Dr Shahan is now pursuing his Masters in Public Health on merit scholarship from Health Services Academy, Islamabad. He has worked as an intern with the Ministry of Health on the policy advising panel of national public health issues. His particular area of interest is advocating for children health and wellbeing, which is also his research work as a scholar. Dr Shahan has incorporated his debating skills into his professional life, and aspires to be an inspiration for young debaters.

Shahan has not only been involved with public speaking as a formal profession, but he has also graciously offered his services for the promotion of debating and discourse all across Pakistan. He initiated debating program in Interior Sindh, and has remained an active member of the Debating Society of Pakistan (DSP) for almost a decade now. He is also working with the Ministry of Federal Education and Professional Training to structure a national debating program for public schools of the country.

Personally, a fan of travelling, cooking, and eating of course; Shahan loves to welcome new faces to debates. Alongside coaching the senior students, he initiated the middle school debating program which is now popular among all the students, with the number increasing every year. 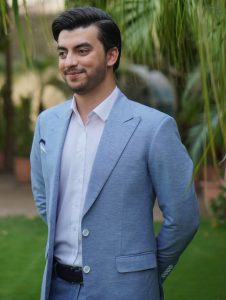